Hello Prac-E, this is Liam D. Auliciems and this is the #ASKPRACEANYTHING show. The show where you ask us all the questions that might be buzzing around your head about teaching, about classroom experience, about practicums and we answer them to the best of our ability. Just had a big day at uni, I had a pretty crap tute but it’s alright, we’re out and about at the moment in the city so let’s get into it.

First question: How do I deal with the stress I’m feeling before prac?

How to deal with the stress of prac? So, I think universities, they do an adequate job of preparing you for prac. But one thing they do is they go macro level, they kind of look at it generally or maybe they go too specific and tell you, you know, this is what you need to do practically. But one thing I think they ignore a lot is just the mental stress of going out on prac.

I know when I went out of prac for the first time I woke up in the middle of the night, thinking that my alarm had gone off already and I was, like, in the kitchen disorientated and I thought I was already late and I was going to fail. Your mind just starts playing weird tricks with you. You have dreams where you’re already out on prac and it messes with you because, really, it’s the most important thing you’ve ever done up until that point in your life. Unless you’re some child prodigy or something.

You’ve decided to go out to university, you’ve decided to take up being a teacher and then this is the first step to actually being a classroom day-to-day teacher, being in a real classroom experience. So, in that way, I think you should embrace the nerves. Embrace these anxious feelings because I’d be more worried if you were the other end of the spectrum. And you were out, going out on prac, and you knew that in a few hours’ time, you’re going to have twenty to thirty kids staring up at you waiting on your every word and you’re weren’t worried at all. You weren’t anxious, you weren’t nervous because it would probably mean you’re not in the thing that has any real passion or meaning to you. You should be really nervous because you want to do well, you really want to go to the next step in your profession.

So, I’d say, there’s nothing I can really say. It’s whatever works for you, if you like, I don’t know, meditating or drinking a cup of green tea, or having a whinge to your mate. Whatever works for you. But really, I would embrace those nerves instead of kind of, shove them off and going into prac. Those nerves move you forward into doing really well.

What things should I research before going out on prac?

It’s funny, when I went on prac I tried to research to do research about my school and the only positive thing that they had was that they had a new initiative to support their pregnant students. So, other than that it was number one for school fighting, number one for expulsions, number one for suspensions. So, in some ways, research can give you some false information because when I went to the actual school it wasn’t as bad as that. Whereas, I’d kind of built it up in my own mind as being this horrible place where I was going to get mugged or shivved at lunch or something like that.

So, there are some things that you should know, obviously, location. Where you need to go, your best route. I think that is really, really important because when I went out on my third prac I just put the address as whatever the school name was into Google and it sent me to the junior school and if I’d had done that on the morning I would have been in the complete wrong place at the complete wrong time. So, I think almost do a dummy run beforehand, that’s some practical advice for you. If you’re going out on prac, do a dummy run to the school beforehand in the morning because then you know traffic, time it takes. So that would be the one thing I’d say, research, the most important would be location. Other than that, you kind of find out everything on the day. It’s not like you’re going to find some magical article that’s going to get you a seven, or get you a high distinction or get you involved with the kids.

Maybe find some research if you are really passionate about one certain, specific thing, see if there is any way to use that skill out on prac and get ahead in that way. So, for instance, if you work really well with indigenous kids or if you are really good at a sport, that can be your ‘in’ with a certain number of the students.

So, research the way to get there and anything and anything in particular that you are passionate about. Other than that, leave it to the day and you’ll find it’s much better to get the feel of the place when you’re physically there than to try to get it with articles or whatever it is because there’s always a bit of spin involved with those.

It’s probably up the top in terms of what teachers worry about, but it probably should be at the bottom. By that I mean, the less effort you put towards relating to ‘the kids’, surprisingly, the most they like you. The more you try and relate to them, the more cringy they find it and the more they kind of push you off as being the ‘cowabunga dudes’ kind of teacher, it just sends their cringe levels to the max.

So, I think they respect you more if you go in, as cliché as it sounds, as much as yourself as you can present to the kids. Because if you’re not an authoritarian and you go in shouting, they’ll see that through. Kids are very, very good at seeing through any type of mask or any type of illusion you put in. So just be yourself, if you’re an authoritarian that doesn’t like kids mucking around then you’re probably more inclined to be that in the classroom than someone who’s more passive. If you’re more passive, try to relate to the kids in other ways – talk about what they enjoy, talk about the sports they like or something like that and get in with them that way.

But trying to do a blanket rule for all the kids at once and trying to relate to them that way, I have, in my experience, found that doesn’t work. I think trying to relate to “the kids” is the wrong way of going about it. I think you should try to relate to THE kid, if that makes more sense. Try and relate to the one child, and multiply that by the twenty-something kids you have because not all kids are going to be the same. They’re not going to respect you for the one thing, all of them at once. So some kids may really love an authoritarian, some other kids may like the Cowabunga dude teachers that try and be more passive. You just need to find what works with individual students and I found the less you worry about it, the more naturally occurs. The more you worry about it, the more it becomes, like, a thing. The students can smell it on you and it doesn’t really work out. So that’d be my advice, cool.

Alright, so, that is the Ask Prac-E Anything Show, thank you so much for watching. We’ll try and do these weekly. Question of the day for you, the viewer, what is the cringiest thing a teacher has ever done while you were at school to try and relate to you?

I said before, the cowabunga dude, I say that because a teacher actually said that to me to try and relate to the lingo I was using with my mates. 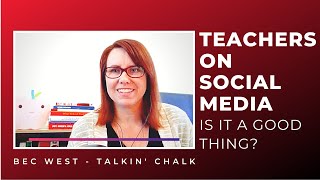 Teachers On Social Media - Is It Really a Good Thing?

Educate or entertain? - The true balance for awesome content 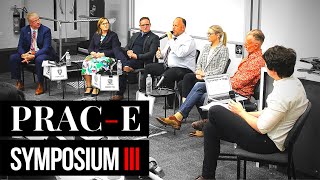 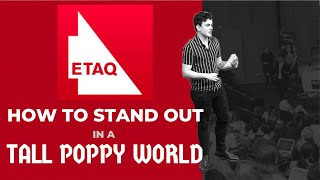 ETAQ Presentation - How to Stand Out in a Tall Poppy World 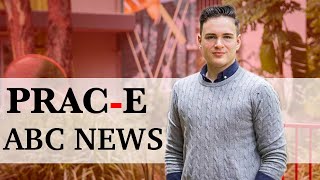 In the Heart of the Country - Definitive Guide to Rural Teaching

Why going rural is the opportunity of a lifetime!

Tales of a rural teacher - Prac vs. Full-time Teaching 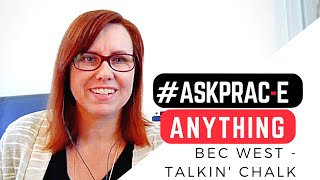 How To Be Your Best Teacher Self - Talkin' Chalk 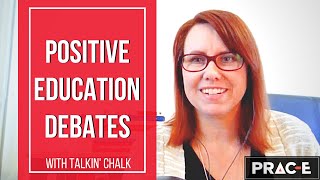 How to Promote Constructive Teacher Debates